skip to main | skip to sidebar

The whY of it all 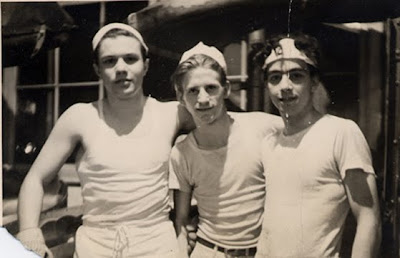 Since the early 1980's, the Ward Bakery has been and incubator for artists, musicians, actors, film makers and those involved in cultural pursuits. By the turn of the 21st century, the Ward Bakery had established itself as a grass-roots driving force behind Youngstown's cultural community. With the advent of the Artists of the Mahoning Commons and the seasonal Open Studio Sale in 2003, we became a significant part of the Youngstown Renaissance.
Through the 1990's the area known as The Mahoning Commons was a difficult and dangerous place, but thanks to the efforts of the Mahoning Avenue businesses, the City, State and Federal governments, this area has become a gateway to the city. Derelict buildings have been torn down, streets have been paved, new bridges have been built, major improvements to Mill Creek Park have been made, and neighborhood watches(through the Ward Bakery Building) have been established. We are proud to say that that we have been instrumental in many of these changes and that Lower Mahoning has been truly transformed.
It is true that much of our efforts have been geared toward reintroducing suburbia to our much maligned city. Youngstown's current, greatest contributions to the Valley (and which are sorely lacking in Suburbia) are cultural, and people from suburban areas have been eager to participate in these pursuits. For years we have been on the forefront on raising awareness outside of the city about our city's cultural resources. However, the Artists of the Mahoning Commons are engaged in other endeavors which often go unnoticed.
I believe our greatest contributions are to the Inner City of Youngstown. For decades the people of the lower west side and upper southside have suffered severe economic difficulties, extreme crime and cultural debasement. We bring to these people a sense of hope, prosperity and enrichment through our yearly events. Anyone can walk through the doors and enjoy the art, music and food free of charge. The majority of bakery participants are college graduates, predominately from YSU, who are more than happy to engage the neighborhood people. They can see through example that Youngstown is not a hopeless place and that even a higher education is not out of reach for them. Many of the neighborhood children who attend our events rarely, if ever, have the opportunity to see artists at work, original art and the workings of art business. Our Open House provides them the opportunity to see that there are other choices available to them besides the negative pathways to be found within our sometimes troubled neighborhoods.
Many people believe that Artists of the Mahoning Commons Seasonal Open house Events were established solely for the purpose of making money. In fact, for many of us, these events are a break even propositions at best. There were several years that our budget was badly lacking, the economy was on the skids and our attendance was low. However, we persevered because we believe in this city. We know that our contributions are absolutely necessary to bring the city to standards enjoyed by similar cities in the region, and that the people of out city deserve options and enrichment that the Valley can't provide for them. It is our desire to demonstrate that Youngstown is truly a good place, inhabited by caring, aware, educated people with altruistic visions. After so many years of suffering that we all endured, we know that through grass roots efforts such as ours, Healing of the City is occurring and Prosperity is taking root. These are things that everyone in our valley can enjoy.
Posted by jason at 2:03 PM

jason
I am a professional artist living in Youngstown, Ohio. This blog often deals with art issue of the region that few people are willing to address. Also, there are many great art shows and events that do not receive the attention they deserve. At times this blog can get a little zany to say the least. The internet has been an ongoing learning experience for me and this blog reflects many of my internet related life experiences, my successes and my mistakes. In a sense it has become a personal history document.